MArteLive, the total show is back! 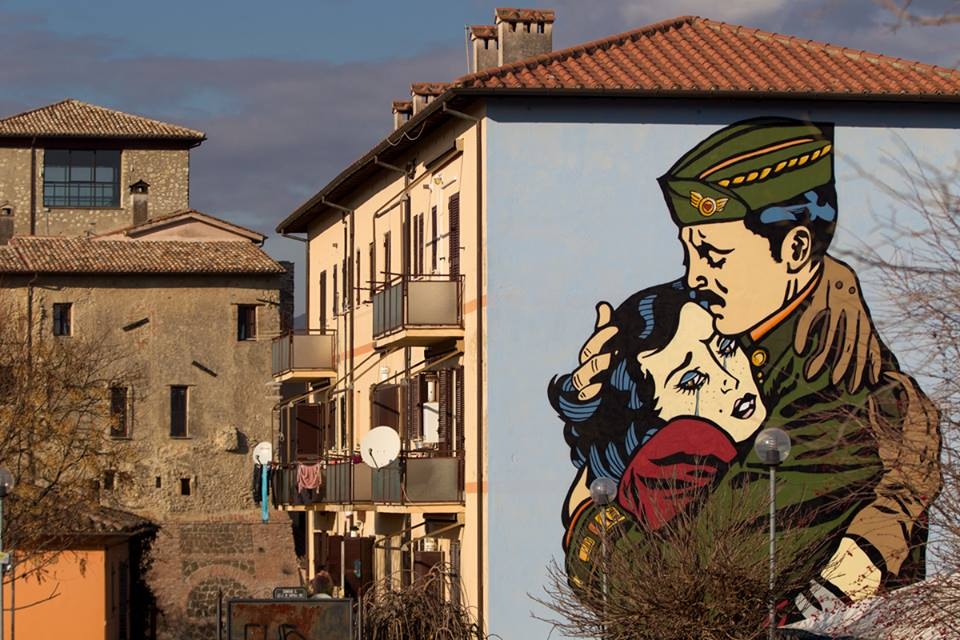 6, 7 and 8 of December at Planet Club in Rome more than  400 artists divided into sixteen categories

After fifteen years from the first edition comes back to Rome the event described as “the Italian Woodstock” by press, three days with multidisciplinary performances and international guests.

Music, theater, contemporary dance and circus, painting and photography exhibitions, arts and crafts, live painting and street art shows, showings, installations, readings and video art shows will combine together to give life to a fantastic performance  at Planet (Rome), the historic home of the festival from the time when it was still called Alpheus (at via del Commercio 36)

The concept of the event, from the first edition, is a total exhibition where arts and actors merge themselves in a unique empathic synergy, despite of are separated by a physic and logistic distance.

The idea of Peppe Casa, founder and art director, was to create a mix of the single performances in a harmonic manner. After fifteen years from the origins, that thread is still tense.

“The difference and the strength of the format is the ability, for every event, to create a unique show that could  charme people offering a unique experience. Is very difficult to follow the multidisciplinary nature of the show; maybe the real success is the balance among arts; the exclusive thing is to make it every time in a new and surprising way. “

Hybridization is the keyword of an event where music can paint and a painting is played, the dance is drawn and the circus show is recited. MArteLive is the round dance of the muses and the exchange between aesthetic languages: all the artistic sections are skillfully blended  in a game of artistic forces and  balances that, show after show and room after room, create unique emotions in their essence.

For the literature section some special guests such as Lercio vs Spinoza, the polyhedral artist and street poet Gio Evan, the poet and musician Ivan Talarico while the theater section is attended by Luigi Morra and Eduardo Ricciardelli.

For the dance Incontempo Company by an idea of Rozenn Corbel, choreographer, dancer, actress and performer of international level, the SinespaZio / Atacama Company of the choreographer Carmen De Sandi, the DaCru Dance Company with choreography by Marisa Boy and Omid Ighani. is adult free video chat Husband Fucks wife in black stockings in front of a web camera in all holes. A girl with such big Boobs is unlikely someone will impress.

The circus section hosts Lucignolo, Irene Croce, Leonardo Varriale, the duo Creme & brulèe, while for the visual arts section are presented some artists discovered  during the years through MArteLive project: the Antonino Perrotta painters, Cristiano Quagliozzi, Milena Scardigno, and photographers Chiara Ernandes, Michela Amadei, Simona Poncia and the collective PP + C Creative Studio. The guest star of the show are some famous Italian street artist such as Diamond, SOLO and Moby Dick.

The event of December at Planet is the first of the local finals to be followed by all the other in the rest of Italy. It represents the first step towards the BiennaleMArteLive, expected for 2017 in which about 1,000 artists will perform from all over Italy, with some special international guests.

Since 2001 MArteLive work to create a constant scouting; many artists and musicians are launched on the market and there are remarkable awards to give a real chance to emerge.